Caramelized onions are a lovely, deeply flavorful addition to many dishes. They do, however, require patience to make. To caramelize onions means to bring out the natural sugars and the flavor of the onion is intensified and sweet after a long, slow saute in a little olive oil. They can take as long as 45 minutes to make using a heavy skillet or cast iron pan and have to be stirred frequently, like polenta. They can be frozen in ice cube trays if you have more than you can use but you are likely to eat it all! Enjoy caramelized onion over roasted or grilled meats, on pizza, in French onion soup, with pasta, as a flavorful topping for grains and legumes, on sandwiches, and as a component of appetizers. 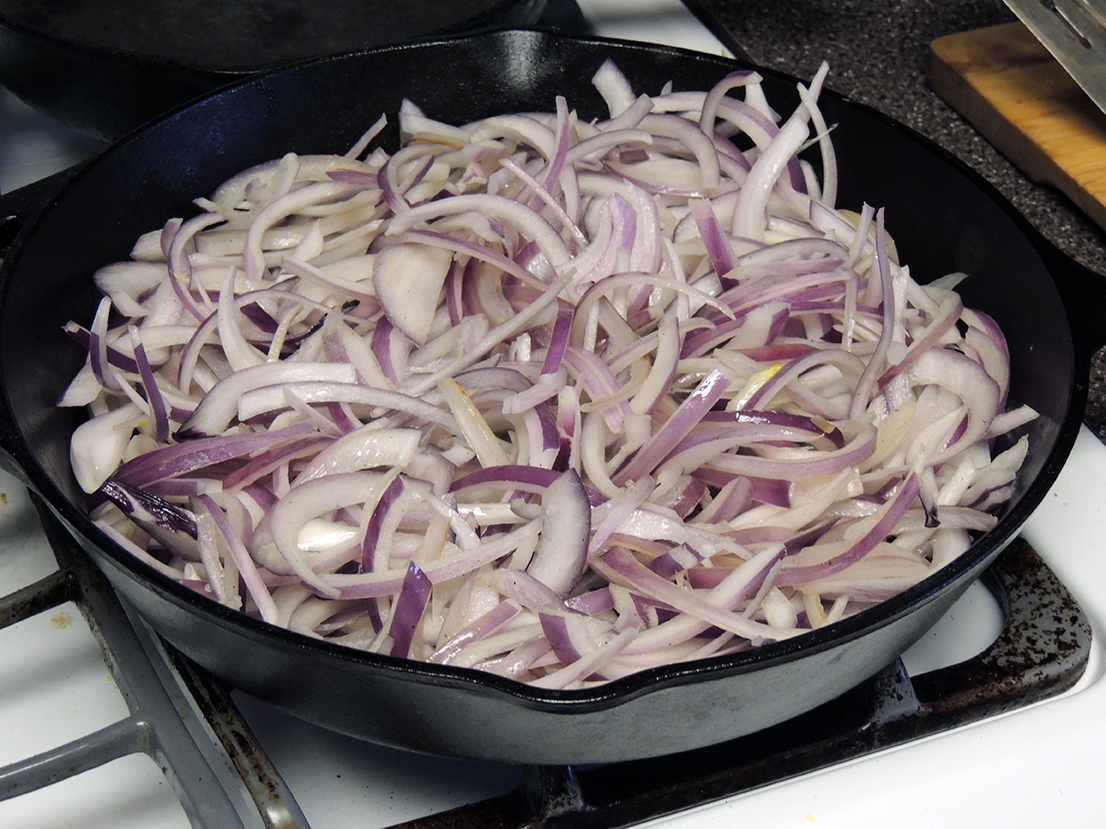 Heat oil in a large heavy skillet or cast iron pan over medium-low heat. Don't be tempted to speed up the process by turning it to a higher temperature because you will end up burning some of the onion. It will seem like there are too many onions but don't worry because they will cook down. 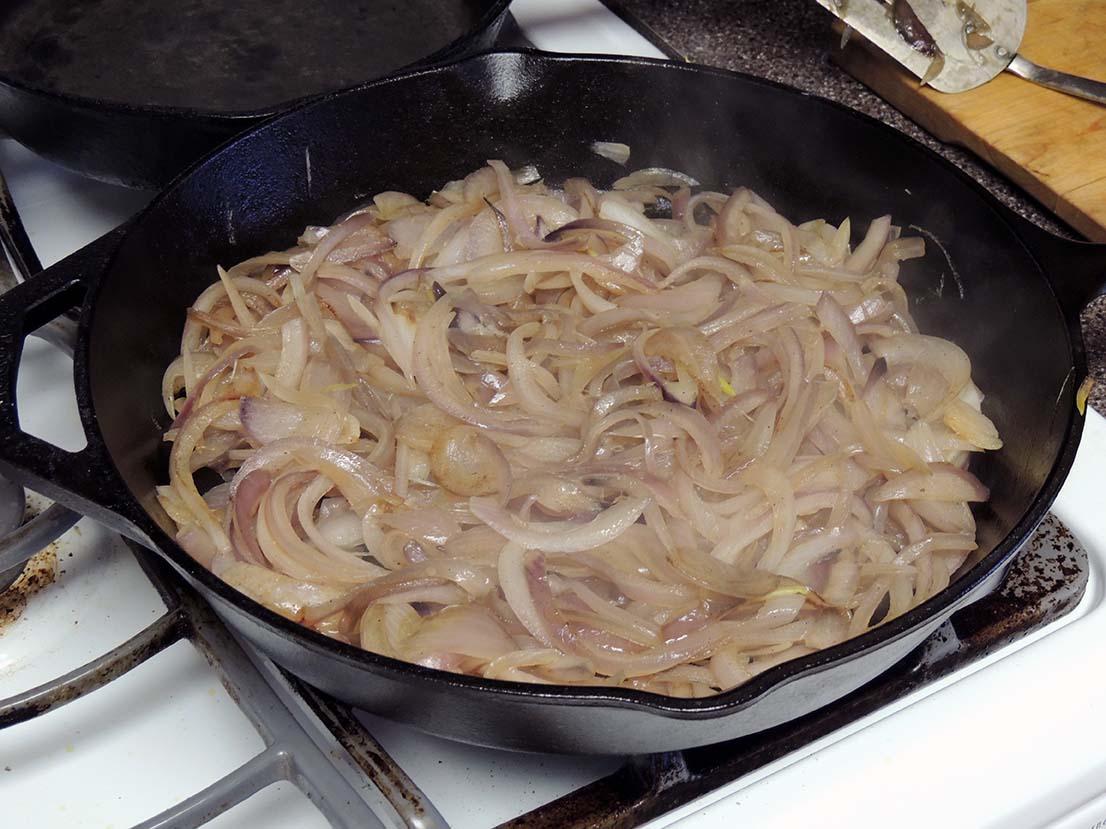 The onions are releasing their liquid and beginning to soften after about 10 minutes. 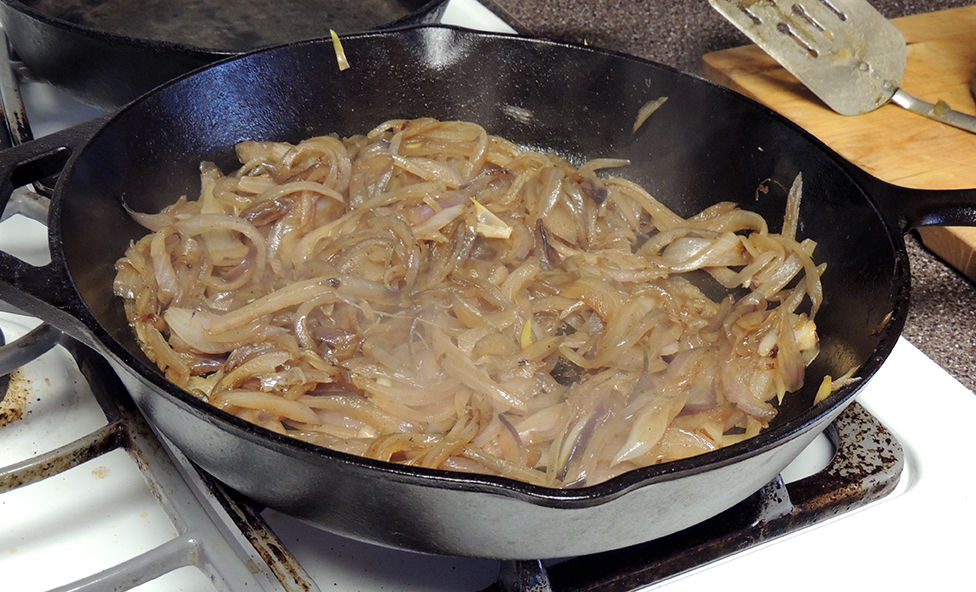 After about 25 minutes they are really starting to brown but they are not done yet. Keep stirring and don't let them stick to the bottom of the pan. Do not add water as this will delay the whole process.

Now they are really starting to brown but you can see that some of the slices are fatter than others and are taking longer to caramelize. This is why it's important to cut the slices evenly and as thinly as possible. And you can see how there really isn't that much in the pan compared to when you started with the raw onions. 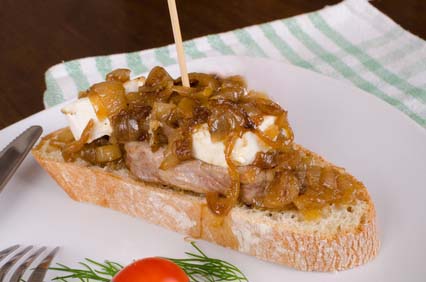 After about 45 minutes they will be deep brown. Remove pan from heat and scoop them out into a bowl. Use any way you like!