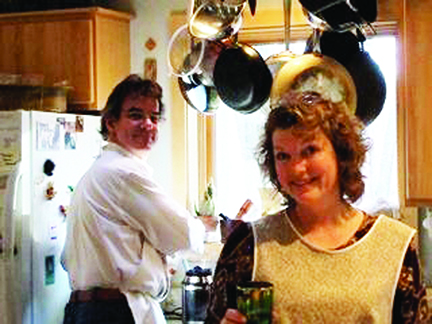 In winter I live for the bones. From every autumn feast and solstice holiday, I save the bones. From the happy pigs of Sweeter Song farm to the bold buck who raided my brothers’ fields, we cherish the clean kill and the resulting meat on our table—but most of all I cherish the bones.  The bones are what happen in the quiet morning after the feasting, after the party, after the community sauna. After the creature’s spirit is thanked, and the leftovers given to family and friends, I cook the bones. This is what is done so that we waste nothing of the lives our animals have given us.  I can imagine my vegetarian friends cringing, and for that I apologize, but this is a process I cherish, for it is more real and homegrown to me than most things in this busy 21st century life.  By using everything from animals, right down to the bones, I honor in final thanksgiving the lives of these creatures. With bones, I make the elixir of winter.

There is a way to do this, learned from my farmer people, a way to use the last bits, to make these bones into something good, to honor the parts that gave grace and strength to the creature’s running and now come to shape our own bones.  The bones are dropped ceremoniously into my favorite stock pot, a 12-quart stainless steel vessel, and as I do so I remember these are the bones of the pigs that played all summer, or bones from the deer that led its life in open fields, or bones of the turkey who ate the leftover greens all September, and I think of how they were in the light.  I cover the bones with our good well water, add salt and dried peppers, a little onion and a bay leaf, and if there is some local celeriac or carrot left, I chop that up and drop it in with the bones.  I light the fire under the pot and let the waters come to simmer and I let those bones cook all day long.  I let the marrow spill and the meat send out its flavor.  Sometimes I taste, and as I do I am filled with the warmth of this strange nectar. 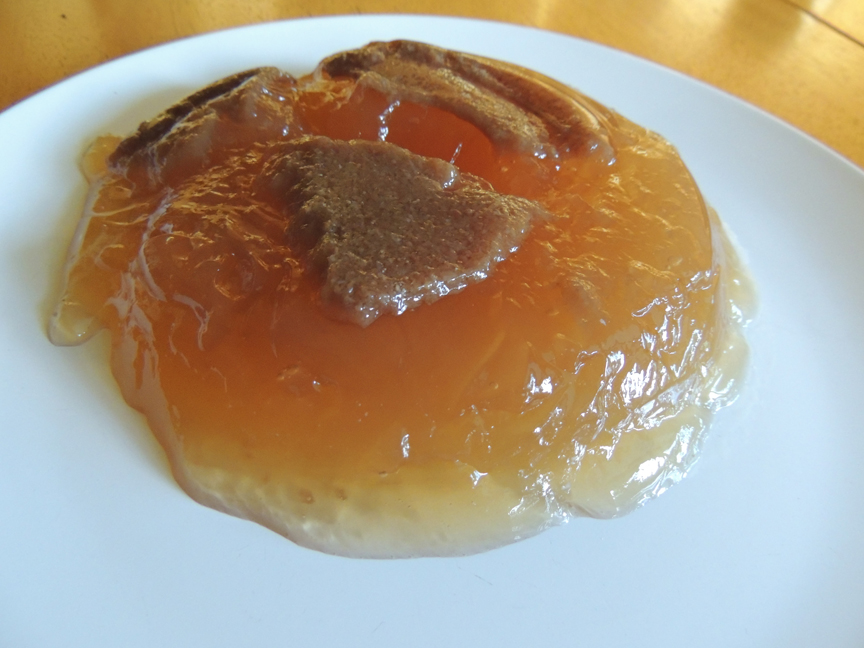 My mother and grandmother did this same thing.  They taught me by example, not directly. My mother used an enamel stockpot, and my grandmother a strange copper kettle I barely remember.  Both have since disappeared.  With children and farms, these women had little time to prepare long recipes—though their cakes were cherished.  In that old and frayed kitchen, stock making was something that could go on all day with only small doses of attention.  The bones from the Sunday ham became the broth for the soup—with beans, onion, and those leftover carrots, the potatoes from Aunt Ella—that would feed lunch to a working family for two days.  I remember the scent filling the house, the strong flavors making my mouth water.  After those work-filled hours, I remember how these women lifted the bones out of the broth with big slotted spoons, dropped them in a blue chipped bowl to cool, and when they were cool, they pulled the last of any meat from the bones and that meat went back into the pot.  They touched every bone to make sure they had taken what it had to give. And then the bones went to something else living, yes, to the dogs or back to the pigs.  The bones were rarely thrown away—it just wasn’t done.  It was a harsh hierarchy.

I’m not able to feed the bones to another creature.  But if we cook them down until they are clean, until every last bit of the good flesh is released and the marrow and flavors begin to concentrate, we have done some good service to the animal. I chill the stock, which usually means putting it on the back porch with a log on top of the pot.  When it’s cold, I skim the fat off—though those long-past matriarchs never did this—they valued the fat for its warming properties.  Now, here is the base for so many of the other dishes in the season of winter.  Here the ham broth for those white and black bean soups, here is the tallowy brown stock for the lentils and barleys, and here is the turkey broth for the last of the cabbage and the roots. 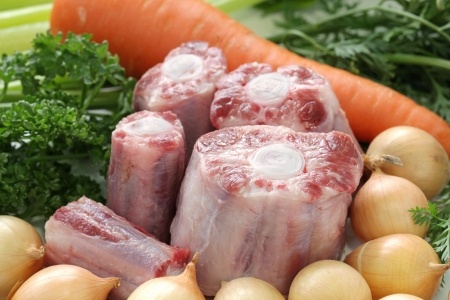 Winter is always a season where I must search a little to find my love of the world. When I’m scraping the car, I tell myself how I love the snow; when I’m navigating the winter roads, I remind myself how I love the austerity and silence of winter.  Even when the wind howls, I insist this fierceness is beautiful.  And here too, in the steam rising off a pot of bones, a winter beauty.  Not just the metaphor of trees and weeds set like bones against the snow, but the bones of the good animals who have given their lives for our tables.  I pray that someday my own bones (if they are worthy) will be cooked in good dirt, and that they will feed a creature perhaps more evolved and kinder than I am.

But if, like me, you are an omnivore, and want to make stock, the process can be a good thing.  There are many ways; here is the way I know.  After you’ve cooked a big roast or ham or turkey (anything with lots of bones), put the bones (and any bits of leftover meat) into a good pot and cover with at least an inch or two of water.  Add an onion, celery or celeriac, a bay leaf, salt and pepper to taste. Bring to a boil and skim any rough foam that comes to the surface.  Lower heat to simmer for four hours or so, until the meat is wriggling off the bones.  Lift the bones out, let them cool, pull any still-clinging meat from the bones and put it back in the stock.  Then either skim the fat, or chill the stock and then skim the hardened fat.  Now the stock is ready for your creativity; you can add many combinations of veggies or use it as the base for free-form soups that include roots and beans.  Remember, give thanks for the bones. 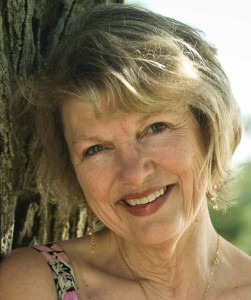 Anne-Marie Oomen is author of two memoirs, Pulling Down the Barnand House of Fields, both Michigan Notable Books, An American Map: Essays (Wayne State University Press); and a full-length collection of poetry, Uncoded Woman (Milkweed Editions). She is also represented in New Poems of the Third Coast: Contemporary Michigan Poetry, and edited Looking Over My Shoulder: Reflections on the Twentieth Century, an anthology of seniors’ essays funded by the Michigan Humanities Council. She has written seven plays, including the award-winning Northern Belles (inspired by oral histories of women farmers), and most recently, Secrets of Luuce Talk Tavern, 2012 winner of the CTAM contest. She adapted the meditations of Gwen Frostic for Chaotic Harmony, a choreopoem. She is founding editor of Dunes Review, former president of Michigan Writers, Inc., serves as instructor of creative writing at Interlochen Arts Academy, ICCA Writer’s Retreat, and Solstice MFA at Pine Manor College, MA. She and her husband, David Early, have built their own home near Empire. Visit Anne-Marie's website.