Increasing numbers of people are finding that they are allergic or intolerant to grains that contain gluten, specifically  wheat, rye, and barley.  It’s estimated that the incidence of gluten sensitivity is around 30 percent of the population, however some researchers think it may be much higher. This is not an issue to be taken lightly, since gluten can damage the lining of the small intestine causing malabsorption of nutrients, which can lead to serious disease.

What Happened to Wheat as a Result of Industrialization?

The story of how a class of food long revered as “the staff of life” could become a toxic substance to large numbers of people worldwide is complex and controversial, and provides revealing insights into modern agriculture, world trade, and industrialized methods of food production. The grain, the method of milling and the way the flour is turned into bread – all have changed in response to the economic pressures of industrialization and technological developments in plant breeding, agronomy, milling and baking.  Let’s not forget that the ‘gluten free’ industry is a multi-billion dollar industry. So the question is, “Should we include gluten in our diet or should we avoid it?”

The Problem with Modern Wheat

Historically, grain was prized in all cultures that grew and consumed it in traditional diets for thousands of years.  However, up until industrialization, wheat flour contained the bran and germ.  Commercial yeast and mills that grind the grain without its bran and germ did not exist until the modern era; all grains were eaten in an unrefined state and prepared in ways that not only preserved them but enhanced their nutrition. Compared to modern varieties of wheat, heirloom varieties of wheat such as einkorn, emmer and spelt, typically are lower in gluten, but higher in protein and micronutrients like minerals and antioxidants.

Preparation of Wheat is Critical 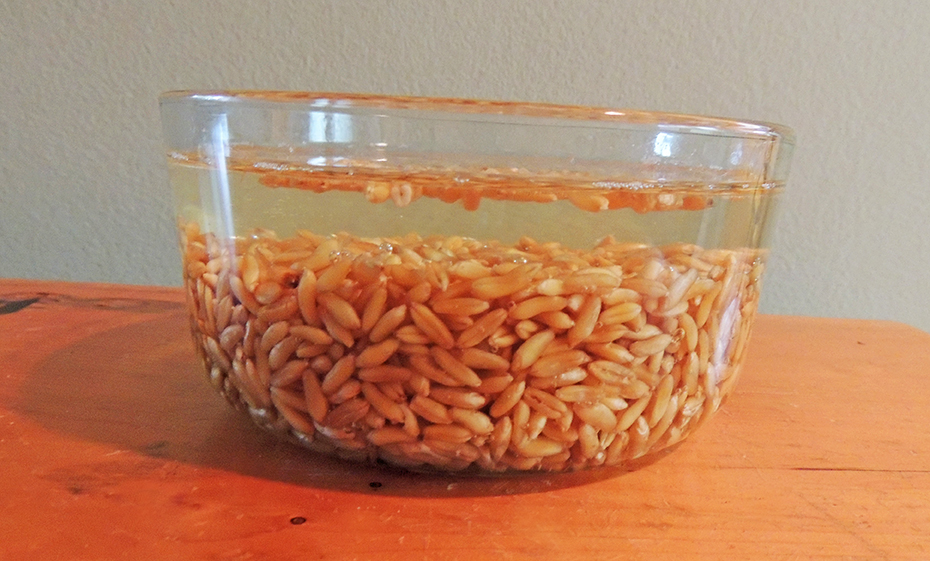 Science has shown that the proteins in grains, especially gluten, are difficult to digest. A diet high in unfermented whole grains, particularly high-gluten grains like wheat, puts an enormous amount of stress on our whole digestive mechanism.  When this mechanism breaks down with age or exposure to toxins, the results are things like allergies, celiac disease, chronic indigestion and even mental illness.

Most people are unaware that properly prepared grains make a huge difference in digestibility and tolerance. Besides gluten, grains contain phytic acid and enzyme inhibitors. Soaking, sprouting or fermenting (sourdough) grains breaks down gluten and other difficult-to-digest proteins into simpler components that are more readily available for absorption.

A Healthy Gut Is Important for Gluten Digestion

In my private practice, I have found that besides proper grain preparation, another area to consider is the health of our gut flora. Our germophobic society has neglected the amazing ecosystem of microbes in our gut. These bacteria determine the health of our immune system and whether it treats gluten as a food or as a deadly invader.  Ways to improve gut health include avoiding processed foods and consuming probiotic supplements and probiotic-rich fermented foods such as raw sauerkraut, kimchi, kefir, yogurt, etc.

In conclusion, the tolerance of gluten greatly depends on the source, health of the gut flora, and preparation method. An example of a case study in which this made a difference was a client who came to see me due to chronic diarrhea, after being diagnosed with pancreatitis two years prior.  The client was an 88 year-old female with a history of diet-controlled diabetes.  She described frequent abdominal pain with bloating and urgent diarrhea, to the point that she could not leave home.  Her diarrhea and abdominal discomfort resolved in just two days after eliminating gluten-containing bread and cookies. She and her family thought it was miraculous. I encouraged her to add bone broth and fermented foods to her diet. After explaining  the proper preparation of grains, she later added these foods and has since tolerated them well.

Heather Campbell, MS, RD specializes in healing with whole foods. She has been a Registered Dietitian since 1994 and has a background in critical care nutrition, though she found her passion for healing with whole foods when her daughter’s health problems could not be explained or resolved by modern medicine. Whole, live foods healed her daughter and changed Heather’s way of practice forever. Heather works at Whole Health Traverse City, where she and a team of practitioners have implemented a new way of thinking about health. This approach addresses the cause of illness and disease, instead of treating symptoms, and empowers individuals to take control of their own health. www.wholehealthtc.com