The new field of Epigenetics is showing how your environment and your choices can influence your genetic code.  Epigenetics has been called a “new paradigm” and “the medicine of the future” because it is profoundly changing our understanding of health and healing. The science of epigenetics reveals that the foods you eat switch genes on or off that can lead either to wellness or illness. This paradigm-shattering research proves your genetic code is not nearly as predetermined as we thought.
(Photo at right: A model of a strand of DNA seen end-on)

Your genes will express or suppress genetic data depending on the presence or absence of appropriate nutrients, toxins, and even your thoughts and feelings, which unleash hormones and other chemicals in your body.  You may be asking, “How much control do I have in this process?” Research shows that 80% of your genes can be turned ON or OFF by your choices. The DNA sequence remains constant, but the activation of certain genes can be modified by what we eat. 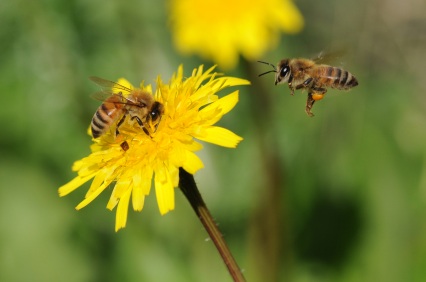 Honeybees provide a great model for understanding epigenetics.  The development of different bees from the same DNA is one of the clearest examples of epigenetics in action.  Who becomes royal and who becomes a worker, in the hive, depends on who gets fed a special substance called royal jelly. Any bee can become a queen if it is fed royal jelly, beginning in the larval stage. This incredible food modulates the expression of the insect’s genes.

Where did this new science begin? Epigenetics is the outgrowth of the Human Genome Project. The Human Genome Project was launched in the U.S. in 1990 to study what genes reside in each cell in our body, identify their sequence, and map their location within the chromosomes.  Scientists expected to develop the ability to diagnose the genetic cause of ailments and thus develop new treatments.  The thought was that if the gene could be fixed then the disease could be cured.  Researchers anticipated finding 100,000 – 2 million genes in our human DNA. However, they finished early because they found less than 25,000 genes. This led to many more questions because it wasn’t one gene, one result. It was many combinations. 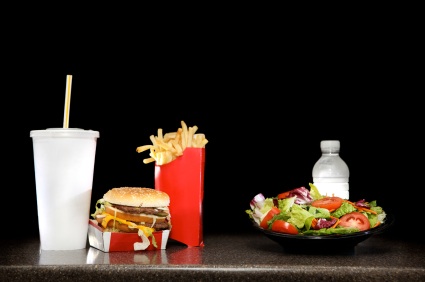 Epigenetics shows that your DNA isn’t your destiny! Inheriting a particular gene may be inevitable but the outcome depends upon the expression of the gene.  In the process of gene expression, physical modifications to DNA happen due to external factors. Genes can only express what they are fed. If they are fed polluted foods from a toxic environment they will express disease. People inherit their genome, but their epigenome can be altered. It’s very empowering to recognize that we have the ability to change the expression of our genes. You are not necessarily stuck with a disease. You can alter it!

Recently, Angelina Jolie’s decision to have a preventative double mastectomy was in the news. The reports say she decided to have the surgery after learning that she carries a mutation of the BRCA1 gene, which increases her risk of developing breast cancer. The National Cancer Institute notes that most research related to BRCA gene mutations has been done on large families with many individuals affected by cancer.  Because family members share a proportion of their genes and, often, their environment, it’s possible that the large number of cancer cases seen in these families may be due in part to other genetic or environmental factors. Therefore, risk estimates that are based on families may not accurately reflect the levels of risk for BRCA mutation carriers in the general population. In addition, no data is available from long-term studies of the general population. It’s estimated that only 2% of diagnosed breast cancers are caused by BRCA mutations in the general population.  If we don’t realize that we are what we eat, we could end up amputating most body parts, in the future, in the name of prevention.

As science continues to shed more light on how our choices affect our genes, we need to look at what we are eating and the environment in which we live. There is ample evidence that eating naturally-raised, fresh, whole foods can improve your health. It’s time to take control of your genetic light switches!

Heather Campbell has been a registered dietitian for 19 years. She co-owns Shoreline Center for Healing in Traverse City where she specializes in healing with whole foods. She teaches natural ways to detoxify your body. She has worked with people from all walks of life and seen countless disorders disappear when modern, refined foods were replaced with traditional foods.