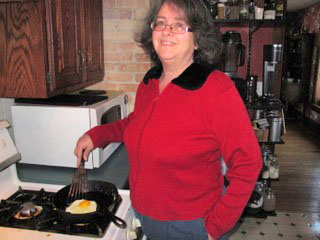 Cooking isn’t for everyone. I get that. Some people view the kitchen as a place where magic happens, an alchemical laboratory where seeds can transform into bread. Others see it as a dungeon of dirty dishes and drudgery. I’ve held both opinions, sometimes on the same day.

What I can’t understand is the characterization of home cooking as elitist. When did preparing food, an activity that has been intrinsic to every human culture, become another task to outsource to specialists?
For those who missed the news stories, blog posts and Twitter wars on the tyranny of the home-cooked meal, I’ll bring you up to speed.

In early September 2014, sociologists from North Carolina State University published a study, “The Joy of Cooking?” describing a gap between an idealized version of the family dinner and the real world dilemma of feeding picky eaters on a tight budget after a long day of work. In the online magazine Slate, Amanda Marcotte used the study to proclaim that cooking is a burden. “It’s expensive and time-consuming and often done for a bunch of ingrates who would rather just be eating fast food anyway,” Marcotte wrote. 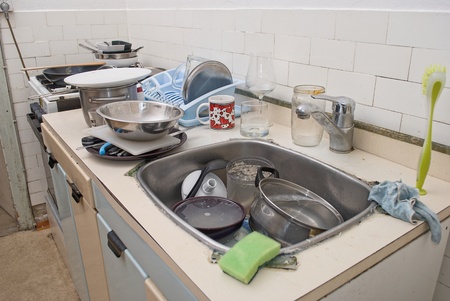 All of that can be true. I’ll go out on a short limb and wager that nearly everyone who has attempted to prepare a meal for a household of more than one person has had occasion to agree with Marcotte. You spent $50 on groceries and half of your Saturday shopping, cooking and cleaning up, then the kids didn’t like it. Pizza delivery would have been easier. But setting aside the ingrates and disastrous meals, the argument that cooking is expensive and time-consuming doesn’t hold up.

Consider oatmeal. A generous serving, using ½ cup of organic rolled oats, costs about 20 cents if cooked at home; if you want to add butter, cream, maple syrup, walnuts or fruit, you may be able to run it up to a dollar. You will pay at least three times that at a drive-through or restaurant, and I guarantee you can make it more quickly at home. You can scramble two eggs and toast a slice of bread in less time than it would take to order and pay at a take-out. And, as I learned in college, when I had no money, time or cooking skills, a pot of lentil soup is cheap, quick, easy and good for several meals.

Seemingly without irony, the study authors labeled the idea of a home cooked family dinner as elitist and unrealistic while noting that preparing meals at home was more common at lower income levels. For poor families, much of the stress did not come from cooking, which many of the interviewed mothers said they enjoyed, but from long work hours and low pay.
“As real wages have stagnated, many households depend on every adult family member working, sometimes at multiple jobs and jobs with nonstandard and unpredictable hours, to make ends meet. It’s not surprising that people struggle to find time to cook,” study author Sarah Bowen wrote on her blog.

The N.C. State study focused only on the stress food preparation places on mothers, as if men are banished from the kitchen and grocery. A 2012 study from the University of Michigan reported that Generation X men are closing the cooking gap with women. Slate’s Amanda Marcotte wrote about this at the time, but maybe she forgot.
“Researchers also point out that our generation has much more of an obsession with food than the ones before us, probably because we grew up as it started to become clear that ‘convenience foods’ don’t really save enough on labor to make up for the higher costs and lower quality,” Marcotte wrote in 2012. “We also grew up in an era of increasing attention to weight management and healthy living, which increase an interest in cooking.”

And that’s the heart of the advocacy for home cooking. Taking turns in the kitchen to toss a salad or boil potatoes strikes me as far less elitist and expensive than outsourcing dinner to KFC (as one blogger suggested), or having school cafeterias send dinners home as proposed by the authors of the N.C. State study (seriously! If schools can take on one of our domestic chores, let me suggest laundry.)

Cooking can be as simple or as complex as you want it to be. It won’t always be fun, your meals won’t always be praised, and your table may never resemble a magazine photo layout. But if you cook, you will know what you’re eating, you will save money, and you will have the satisfaction of wresting a basic human skill back from corporations.